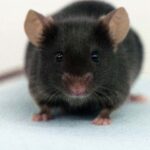 Research published in Nature identifies SET domain protein 3 (SETD3) as a physiological actin methyltransferase, and uncovers SETD3’s crucial role in the regulation of smooth muscle contractility and its link to primary dystocia in mammals.

For many years it has been known that actin, essential for a large number of cellular processes such as cell motility and the regulation of DNA transcription, is methylated at the amino acid histidine 73 (His73). His73 methylation is found in several model organisms, but its function for many years had remained unclear. After identifying SETD3 as the methylator of actin His73, researchers sought to discover the purpose of actin His73 methylation, and with the help of some mice, they were successful.

Identifying the function of SETD3

To identify the enzymatic function of SETD3, the researchers performed in vitro methylation assays, which showed that the only potential substrate methylated by SETD3 was β-actin. The researchers were then able to identify the exact location of methylation on actin by SETD3 using tandem mass spectrometry. This turned out to be His73. In order to analyse the catalytic specificity of SETD3, the scientists compared methylation events in human cells both with and without the presence of SETD3. Of the 180 histidine methylated peptides, actin-His73 methylation was the only modification that was altered in the absence of SETD3 – identifying actin-His73 methylation as the primary physiological function of SETD3.

To confirm the physiological function of SETD3 in vivo, the researchers obtained mice with one copy of their Setd3 gene knocked out (Setd3+/-) from the Canadian Mouse Mutant Repository. The mouse strain was made at the Toronto Centre for Phenogenomics, an IMPC member institution, using embryonic stem cells. From this strain, it was possible to generate Setd3 null homozygote mice (Setd3-/-) i.e. mice with both of their copies of Setd3 knocked out. The methylation of actin wasn’t detected in any tissues obtained from SETD3-deficient mice, however, in tissues that expressed SETD3, the majority of actin was methylated – confirming the role of SETD3 as the actin His73 methyltransferase.

Previous studies suggest that the methylation of His73 influences actin polymerization dynamics, and here the researchers observed that methylation promoted actin polymerization kinetics in vitro. To explore this idea further, they obtained mouse embryonic fibroblasts that were positive for actin-His73me and compared them with fibroblasts from Setd3-/- mice that lacked methylation. Cells containing methylated actin were more efficient at migrating than cells without methylated actin – consistent with the idea that methylation of actin by SETD3 positively regulates the polymerisation of actin.

Mice without functioning SETD3 protein are able to survive, despite the cell migration defect observed in their embryonic fibroblasts. The researchers were able to infer therefore, that actin-His73me must have a specialised role that isn’t a necessity for survival. IMPC data for Setd3 identifies several phenotypes associated with Setd3 knockout mice including short tibia, decreased body length and decreased lean body mass. In addition to this, the researchers noticed that litter sizes in female Setd3-/- mice were significantly smaller than expected. After mating Setd3-/- females with wild type males, dystocia, normally a rare phenotype, was noted in 8 out of 9 Setd3-/- mice. The lack of obvious pelvic abnormalities in the Setd3-/-  females mean that the cause of dystocia is most likely genetic. Unlike with wild type mice, early labour could not be induced in Setd3-/- mice with oxytocin, suggesting a specific requirement for SETD3 in the contraction of the uterus during labour, a process which relies upon correctly functioning actin. This led to the proposal that actin-His73me is linked to uterine cell contraction in the primary dystocia of SETD3 deficient mice.

Research paper covered in this article: SETD3 is an actin histidine methyltransferase that prevents primary dystocia