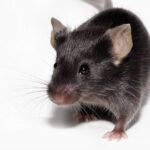 The inhibition of alkaptonuria by the chemical nitisinone in a mouse model led to a full-scale clinical trial funded by the European Commission – the results of which are expected to produce medicine for a condition for which there was previously no treatment available.

Alkaptonuria (AKU) is caused by a deficiency of homogentisate 1,2 dioxygenase, an enzyme that is required for breaking down the two amino acids tyrosine and phenylalanine. The lack of a functional copy of this enzyme results in a vast increase in circulating concentration of homogentisic acid (HGA), leading to a darkening of the urine upon exposure to air.

High levels of homogentisic acid within the human body eventually leads to ochronosis – a progressive pigmentation of connective tissues and eventually severe joint disease, which can become fatal later in life.

Whilst AKU is a serious condition, for many years it was not seen as prevalent enough among the population to be lucrative for drug developers. However, physicians had long suspected that nitisinone, a chemical that was first developed for use as a weed-killer, could be used to treat AKU – nitisinone was being used effectively to treat tyrosinemia (a condition that results from disruption to the same metabolic pathway as AKU).

There was a small-scale clinical trial run in the US between 2005 and 2008, but too few patients were recruited and the clinical endpoint (the success of the treatment) was defined very narrowly. No positive results were obtained.

In order for a clinical trial to succeed, a more reliable endpoint would have to be suggested, and this required more knowledge of how the disease developed. With this in mind, funding obtained from Britain’s Big Lottery Fund went to a research team at the University of Liverpool to develop a mouse model of AKU.

A colony of Hgd-/- (the genetic equivalent of human AKU) mice were bred by the research team in Liverpool and the mice were established as a model of the plasma biochemistry of AKU and its associated arthropathy. The concentration of plasma HGA was found to be 0.149 ± 0.019 mM, whilst HGA levels in WT mice were below the level of UV detection. The researchers were also able to determine that pigmentation of connective tissue increased linearly with increasing age. Perhaps most importantly though, a significant difference was found between HGA concentrations before and after treatment with nitisinone. Levels of plasma HGA dropped by 88% – a figure that was maintained over the mouse lifetime, with joint tissue from nitisinone-treated AKU mice showing no pigmented tissue.

The results of this mouse model study led to a full-scale clinical trial, funded by the European Commission, with use of nitisinone as a treatment for AKU expected to be approved across Europe once the trial comes to an end.

The aim of the IMPC is to generate similar knock out lines – on a much broader scale, with the goal of producing knock out mutations in embryonic stem cells for 20,000 known and predicted mouse genes, and determining the function of each of these genes. The mouse’s genetic similarity to humans (95% at the gene level) means that data generated by the IMPC could be a powerful tool as we seek to understand the genetic basis of human disease. As our knowledge of rare genetic diseases increases in line with rapid technological advancement, the desire for treatments targeted to small groups of sufferers with these diseases will also likely increase – the case involving alkaptonuria is likely to be just one instance of a mouse model proving to be a driver behind new treatments.

Research article: Ochronotic osteoarthropathy in a mouse model of alkaptonuria, and its inhibition by nitisinone