Steroid Biosynthesis Pathway Could Be Targeted to Reactivate Anti-tumour Immunity 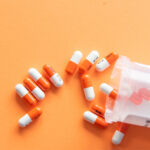 Bidesh Mahata is a newly recruited group leader in the Division of Immunology, Department of Pathology, University of Cambridge. His laboratory studies the basic principles of immune cell-mediated steroid biosynthesis and its role in regulating inflammation and immunity. The team is committed to finding a way to target this immune cell steroidogenesis and steroid signalling to stimulate anti-tumour immunity (a new approach in cancer immunotherapy.)

“Why do immune cells produce steroids?” is an exciting question. Unfortunately, very little to nothing is known on this topic. This isn’t much of a surprise when we’re still asking “Do such immune cells exist?” or “What are those immune cells?”

Steroidogenesis (the production of steroids) in the adrenal gland, gonads and placenta is well-known. In the past century, the role of systemic steroids in regulating immune cell function has been studied extensively. Steroids are known immunoregulators and synthetic steroids are often used as anti-inflammatory and immunosuppressive drugs. We were surprised when we observed that immune cells, particularly T helper 2 cells, secrete steroids to regulate immune cell function (Mahata et al., Cell Rep, 2014). We believe that this is an important discovery in the area of immunology and endocrinology which needs further study.

Cyp11a1 is the first rate-limiting enzyme of the steroidogenesis pathway. Using these two discovery tools we studied steroid-producing T cells in cancer. T cells play a vital role in the immune system and can split into two types. T helper cells assist other cells in the immune system, like B cells and cytotoxic T cells, to fight against infections. Cytotoxic T cells, or ‘killer’ T cells, targets abnormalities inside our cells and is therefore very good at killing cancer, tumour or virus-infected cells. In general, T cells are good and protect us from tumours (i.e. anti-tumour immunity) but sometimes this anti-tumour immunity goes wrong. There is a global interest to know the mechanisms that suppress anti-tumour immunity and how this can be reinstated. If we know the anti-tumour immunosuppressive mechanisms, then we can develop immunotherapies by targeting those steps.

The two mouse models used in our study are extremely useful and may assist in future research in the area of extra-glandular steroid biosynthesis. There are several cell types outside of T cells, known and unknown, with steroidogenic potential. At present we don’t know their physiological and pathological role. The experimental approach shown in our study, including the identification of steroidogenic cells by Cyp11a1-mCherry reporter and targeting by Cyp11a1 cKO, could provide in-depth mechanistic insights into extra-glandular (local) steroidogenic cell types. These steroidogenic cell types could include adipose cells, neuron, osteoblasts, astrocytes, microglia, skin, trophoblast and thymic epithelial cells.

Furthermore, the Cyp11a1-mCherry reporter mouse line can be used as a discovery tool to identify new steroidogenic cell types in infections, and other inflammatory and immunopathological cell types. Their functional role can be dissected by using Cyp11a1 cKO mice using tissue-specific Cre-drivers. We look forward to the coming days to know the biological and pathological importance of extra-glandular steroidogenic cells.