Researchers Study Biomarker Patterns to Define the Start of Ageing 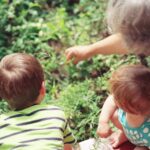 Scientists worldwide are still attempting to define ageing and mortality through research. Debate on ageing continues to vary widely and includes theories involving conception, birth, the nadir of mortality, puberty, completion of development and much more. Many of these theories lack a quantitative nature, making it difficult to scientifically measure ageing, causing further debate within the ageing research community.

Researchers recently utilised IMPC data to concretely define ageing. They argued against current theories that ageing begins at the onset of reproduction (around puberty age) or at the nadir of mortality and highlight the inaccuracy of using ‘mortality patterns’ to define ageing. Elvira et al propose measuring ageing as:

‘the accumulation of damage such as mutations, methylation changes, protein oxidation and other deleterious changes with age.’

Explaining the U-Curve of Mortality

Previous work ties mortality closely with ageing. As we grow older, we gradually grow frailer which eventually leads to death – this is mortality. However, the pattern of mortality presents as a U-shaped curve with high mortality rates in very early life and again in later life. The lowest point of the U-curve, the nadir, is still being debated. Some researchers argue the nadir is at puberty age whilst Elvira et al define the nadir specifically at age nine, significantly before the onset of reproduction age.

This curve is in opposition to Elvira et al’s accumulation of damage hypothesis which would present as a slow, gradual incline in mortality instead of the observed U-shaped curve. They therefore further investigated the U-curve, particularly the causes for the early-age mortality spike. Data analysis showed that age-related disease patterns (such as heart disease, infection, cancer and sepsis) were also U-shaped with the nadir consistently before the age of puberty at around age nine. Causes of mortality specific to childhood, however, did not show a U curve and presented as an age-related decrease with the maximum at birth. The question was: why were the age-related disease patterns spiking at an early age?

To examine the nature of high early-life mortality and its relationship to ageing, they analysed the behaviour of quantitative biomarkers of ageing. They first focused on the age-associated accumulation of mutations in somatic tissues – all cells that are not associated with the production of gametes and in which any mutations are not heritable. The researchers previously found that this accumulation of somatic mutations can be assessed by following age-related mutations in cancers. Unlike the U-curve of mortality, somatic mutations increased with age throughout the lifetime for the cancer types analysed.

DNA Methylation as a Clock for Aging

They next examined DNA methylation changes as another quantitative biomarker of ageing. Methylation, the addition of methyl groups to DNA molecules, is a natural mechanism used to suppress the transcription of certain genes. It’s a method used in vital biological processes such as X-chromosome inactivation and embryonic development. DNA methylation, and other epigenetic ‘clocks’, are great for measuring the biological age of tissues. The researchers analysed the pace of this clock in both humans and mice, finding for both organisms that DNA methylation increased gradually in a similar manner to age-related somatic mutations, apart from early life where it increased quickly before slowing down.

Lastly, they analysed patterns of knockout lethality using IMPC datasets. They found that:

“most lethal-knockout mice are characterised by abnormal survival before and at mid-gestation; lethality is reduced dramatically afterward, including the period after birth.”

They propose that mortality doesn’t represent ageing in early-life but shows a strong negative selection against deleterious alleles. Instead of using the inaccurate biomarker of mortality, ageing is better represented and measured by the sum of deleterious changes over time.

They summarised that ageing begins during development, after which it “runs unnoticed in the shadow of high early-life mortality.” After age nine, ageing becomes the dominant factor in human mortality.

Many age-related diseases and phenotypes may not occur until later life stages. To examine these phenotypes, selected mice at the IMPC enter our ageing pipeline, called our late adult pipeline, starting at 52 weeks or later. Our most recent data release 11 was our first release to include late adult data and we’re going to include more in our future releases. You can view more information about this data and the progress we’re making on our late adult data focus page.