CRISPR gene drives tested in mice for the first time 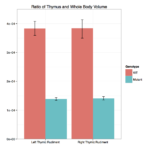 As highlighted in a recent post, there are a variety of new applications for CRISPR technology. A study out this week describes another use for this revolutionary gene editing tool, and one that is getting a lot of media coverage. The application, known as a ‘gene drive’ has already been tested in insects, but this is the first attempt in mammals. 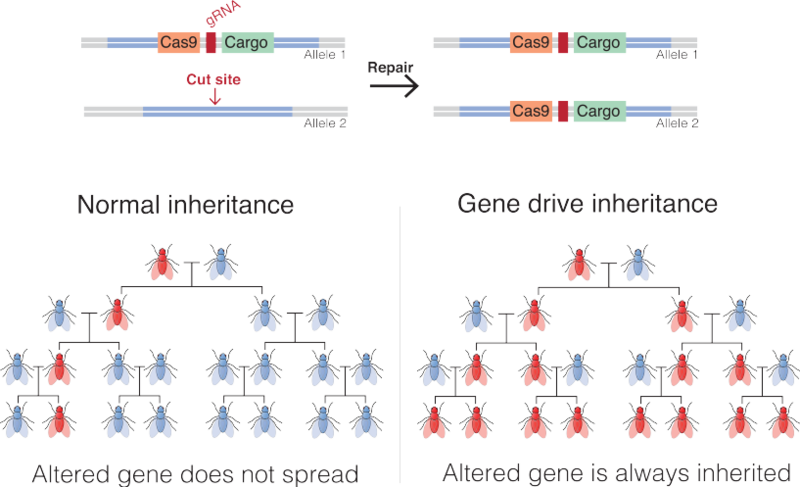 Gene drives allow chosen mutations to be passed on to the majority of offspring, and therefore desired alleles can quickly spread through a population. There are a variety of reasons this could be a useful tool. In particular, it is hoped it could be used to help control invasive and problematic species, such as rodents in vulnerable environments or mosquitoes in areas with malaria. Gene drive technology may also prove useful for creating desired mouse lines.

The research has been published in the preprint server bioRxiv:

A gene drive biases the transmission of a particular allele of a gene such that it is inherited at a greater frequency than by random assortment. Recently, a highly efficient gene drive was developed in insects, which leverages the sequence-targeted DNA cleavage activity of CRISPR/Cas9 and endogenous homology directed repair mechanisms to convert heterozygous genotypes to homozygosity. If implemented in laboratory rodents, this powerful system would enable the rapid assembly of genotypes that involve multiple genes (e.g., to model multigenic human diseases). Such complex genetic models are currently precluded by time, cost, and a requirement for a large number of animals to obtain a few individuals of the desired genotype. However, the efficiency of a CRISPR/Cas9 gene drive system in mammals has not yet been determined. Here, we utilize an active genetic ‘CopyCat’ element embedded in the mouse Tyrosinase gene to detect genotype conversions after Cas9 activity in the embryo and in the germline. Although Cas9 efficiently induces double strand DNA breaks in the early embryo and is therefore highly mutagenic, these breaks are not resolved by homology directed repair. However, when Cas9 expression is limited to the developing female germline, resulting double strand breaks are resolved by homology directed repair that copies the CopyCat allele from the donor to the receiver chromosome and leads to its super-Mendelian inheritance. These results demonstrate that the CRISPR/Cas9 gene drive mechanism can be implemented to simplify complex genetic crosses in laboratory mice and also contribute valuable data to the ongoing debate about applications to combat invasive rodent populations in island communities.

Abstract made available under a CC-BY-NC-ND 4.0 International license.