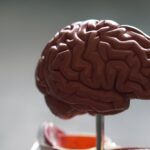 With a contribution from the IMPC, recent research, published in Nature Communications, has identified 198 genes associated with brain morphogenesis in mice – 83% of these constitute genes newly implicated in brain architecture.

Brain development and morphogenesis is critical to higher-order cognition, but our knowledge of its biological basis is at best incomplete, and at worst, severely lacking. Previous studies have demonstrated that there is a significant genetic influence on brain morphology. However knowledge of which genes influence brain morphology is limited, and this presents an important problem in developmental biology. By identifying 198 genes that are associated with mouse brain morphogenesis the study provides a complementary resource to human genetic studies and predicts that many more genes could be involved in mammalian brain morphogenesis.

Binnaz Yalcin, corresponding author of the study says “This study aims at understanding the genetics of brain anatomy in the mouse. It provides a wealth of novel knowledge about which genes control the size and the shape of the brain, and a foundation on which neurobiologists can build to further study how exactly these genes control the brain anatomy”.

The researchers obtained brain samples of 1566 mutant mouse lines from the Sanger Institute Mouse Genetics Project, a partner of the IMPC. Using a histological pipeline, 118 brain morphological parameters were analysed, covering brain size, commissures, ventricles, cortex, subcortex and cerebellum. To detect neuroanatomical phenotypes (NAPs), the researchers used PhenStat, a statistical method developed by the IMPC for the identification of abnormal phenotypes. 198 genes associated with neuroanatomical phenotypes (NAP genes) were subsequently identified. The vast majority of these genes (94%) have never previously been associated with brain anatomy in mice.

Interestingly, unique human orthologs were identified for 173 of the identified mouse NAP genes. Whilst 17% of human unique orthologs of mouse NAP genes are known loci for cognitive dysfunction, 83% constitute a vast number of genes that are newly implicated in brain architecture. This dataset may therefore help in improving clinical interpretation.

Yalcin states “I have no doubt that this resource will help medical geneticists working on ultra-rare human neurodevelopmental disorders who sometimes struggle to determine the genetic mutation responsible for the underlying disease, when for example there is only one patient world-wide. So when a mutation is found in a patient’s genome and that patient exhibits the same phenotype than the mouse, a molecular diagnosis can finally be made.”

This study would not have been possible without the IMPC

The identified NAP genes converge into a small number of groups of functionally similar genes participating in shared cellular pathways. Disruption of genes within the same module can yield a similar pattern of neuroanatomical abnormalities, revealing interesting neurodevelopmental pathway/phenotype relationships. For example, the study indicates that mechanisms confined to sub-cellular compartments as subtle as dendritic spines can translate into major anatomical features.

The study represents the largest atlas of the link between genetic mutation and its associated neuroanatomical features yet, and contributes a wealth of new knowledge on the genetics of brain morphogenesis. The authors were keen to note the contribution of the IMPC towards their work, with Yalcin commenting that “This study would not have been possible without the IMPC and is a tribute to the remarkable work of the people involved in this consortium.”