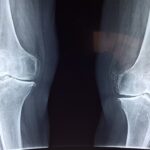 A new study by the Psychiatric Genomics Consortium has identified 44 genetic loci that are linked to major depression in humans. The research was published in the journal Nature Genetics.

This is the largest study to date looking at genetic risk factors for depression, a condition that affects more than 300 million people around the world.