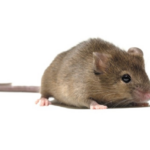 Obesity and its related ailments like type 2 diabetes and fatty liver disease pose a major global health burden, but researchers report in Nature Communications that blocking an RNA-silencing protein in the livers of mice keeps the animals from getting fat and diabetic conditions.

Takahisa Nakamura, and colleagues at Cincinnati Children’s Hospital Medical Center genetically deleted a protein called Argonaute 2 (Ago2) from the livers of mice. Ago2 controls the silencing of RNA in cells, affecting energy metabolism in the body, according to the study. When Ago2 silences RNA in the liver, it slows metabolism and liver’s ability to process a high-fat diet, the scientists report.

When they deleted Ago2 from the livers of mice, it was not toxic to the animals but it did stabilize energy metabolism. This helped stave off obesity and prevented the mice from developing diabetes and fatty liver disease, which can severely damage the vital organ–which helps rid the body of toxic substances.

“Although this is still basic science, we propose that there may be important translational implications for our findings for chronic metabolic disorders like diabetes, fatty liver diseases, and other obesity associated illnesses,” said Nakamura, senior investigator and a member of the Division of Endocrinology. “This allows us to explore the potential of finding a novel therapeutic approach that alters energy balance in obesity and modulates the associated diseases.”

The scientists caution the research is early stage. Their findings still need additional study and verification in laboratory models and the development of a practical therapeutic to inhibit Ago2 in a clinical setting for patients. But the current paper provides a solid basis for subsequent work.

Ago2 was identified after the researchers conducted a thorough screen and analysis of the activity of genes and their molecular targets in the liver, such as critical proteins. They analyzed wild type and genetically modified mice with high-fat diets by deleting certain proteins that are critical to liver metabolism–such as one called AMPK (AMP-activated protein kinase).

Nakamura said that identifying Ago2’s role in the process “connects the dots” between how proteins are translated in the liver, how energy is produced and consumed and the activity of AMPK in these processes. He pointed out that disruption of these events is already a common feature in obesity and its related illnesses.