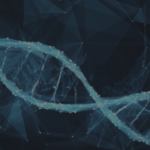 Principles of game theory offer new ways of understanding genetic behavior, a pair of researchers has concluded in a new analysis appearing in the Journal of the Royal Society Interface. Its work opens the possibility of comprehending biological processes, and specifically biochemistry, through a new scientific lens.

The exploration considers signaling game theory, which involves sender and receiver interactions with both seeking payoffs.

“The view of genes as players in a signaling game effectively animates genes and bestows simple utilities and strategies–thus, unique personalities–on them,” explains Bhubaneswar Mishra, a professor at NYU’s Courant Institute of Mathematical Sciences, who co-authored the analysis with Steven Massey, an associate professor at the University of Puerto Rico. “In this view, the genome possesses characteristics of a molecular society, complete with deception, imitation, cooperation, and competition–not unlike human society. This adds a grandeur to a traditional view of life and the interactions it is made up of.”

The researchers note the long history of signaling game theory across different fields.

“Signaling game theory was developed in economics and biology and has subsequently found applications in the design of smart contracts, privacy, identity systems and cybersecurity,” Massey and Mishra write.

Massey and Mishra, relying on existing research, propose a novel view of biochemistry as a signaling game between genes and their associated macromolecules. Mathematically, it models an interaction between a sender and a receiver — both biological macromolecules–where the sender has important information and signals the receiver to act.

For instance, the macromolecules signal their identity to other macromolecules that bind to them, which then undertake a biochemical reaction. The communication of identity opens the possibility of certain behaviors associated with humans–such as molecular “deception” occurring between gene players.

Of particular note, signaling game theory shows that deception is expected in situations where there is a conflict of interest between parties. In the case of biochemistry, this could be observed through the activity of “selfish” elements (e.g., transposons, which are DNA sequences that change their position within the genome), pathogens, and instances of conflict between genes that occur between genders and parents and their offspring.

“The evolution of the genetic code and many of the other major evolutionary transitions that led to present-day lifeforms may be linked to the evolution of signaling conventions between macromolecules, and the possibility of subversion by selfish entities or pathogens,” explains Mishra. “Notably, the occurrence of molecular deception has led to the evolution of mechanisms of ‘molecular sanctioning’ to control the offending behavior.”

“Molecular sanctioning” is a novel concept developed by Mishra and Massey, derived from game theory, that describes the punishment of gene players that display “antisocial” behavior detrimental to the genome as a whole.