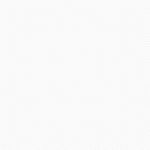 The rotarod test is used to assess motor coordination and balance in rodents. Mice have to keep their balance on a rotating rod. The time (latency) it takes the mouse to fall off the rod rotating at different speeds or under continuous acceleration (e.g. from 4 to 40rpm) is recorded as well as the reason for trail end (e.g. falling, jumping).

Dimensions of the apparatus: Rotating rod diameter is ca. 5cm made of hard plastic material covered by grey rubber foam (cut from insulation material to cover water pipes); lanes width is ca. 5cm. The apparatus must allow an accelerating speed from 4rpm to 40rpm in 300 sec. Latency data are transmitted to the computer and the reasons for trial ends are recorded manually.

On the day of testing, mice should be kept in their home cages and acclimate to the testing room for at least 15 min (acclimation phase).

Weigh each mouse and take note of the body weight on the data sheet. For ease of identification at later trials, mark the mice, using non-toxic ink, with respective stripes at the base of the tail before testing.

Turn on the Rotarod apparatus.

It consists of three trials separated by 15 min inter-trial intervals (ITI). It is possible to run the next batch(es) of mice consecutively in one trial before moving to the next.  There is no training period prior to the test phase.

Set apparatus to accelerating mode from 4 to 40rpm in 300sec. The apparatus will indicate “acceleration waiting” of 4rpm constant speed until the start button is pressed.

Test trial 1 (T1): place the mice on the lanes (if handling the mice is difficult leave an empty lane between two mice and measure only 3 mice per run).

Try to have the mice on the rod walking forward to keep their balance. The rod is initially rotating at 4rpm constant speed to allow positioning of all the mice in their respective lanes. Once all the mice are “ready” (i.e. check that they are able to walk forward for a few seconds at 4 rpm) push the start button and the rod will be accelerating from 4 rpm to 40 rpm in 300 sec.

Record the latency at which each mouse falls off the rod if not done automatically and record the reason for trial end (falling, jumping ore passive rotation).

If a mouse is clinging on the rod completes a full passive rotation stop the timer for that mouse by pushing down the lever and record the latency. Remove the mouse and place it back in its home cage. Be very careful not to disturb the other mice that are still running in the adjacent lanes. Also take note of passive rotation on the data sheet.

The validity of results obtained from behavioural phenotyping is largely dependent on methods of animal husbandry.  It is of vital importance that individuals following this procedure are experienced and aware of the animal’s welfare, and is familiar with the animal being tested, in order to reduce the anxiety levels of the animal prior to testing.

The majority of mouse behavioural studies are age/sex/strain dependent.  It is important to keep these parameters comparable throughout a single experiment.

Body weight might influence performance in this test. Thus, consideration of body weight is essential for better evaluation of the data.

Surface and diameter of the rod are major parameters affecting performance in this test. These parameters should be rigorously controlled.

Environmental factors may contribute to the levels of anxiety within the mouse.  The temperature, humidity, ventilation, noise intensity and lighting intensity must be maintained at levels appropriate for mice.   It is essential that the mice be kept in a uniform environment before and after testing to avoid anomalous results being obtained.

There is no training period prior to the test phase.

It is recommended that all phenotyping experimentation is conducted at approximately the same time of day because physiological and biochemical parameters change throughout the day.