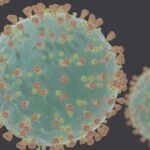 What is SARS-CoV-2 and How Can Mice Help?

Viruses are infective agents that cause disease. They are different from other pathogens, such as bacteria, fungi and parasites, because most scientists don’t technically classify them as alive. They’re not 100% an organism as they cannot grow and reproduce by themselves. They’re made of the same building blocks of life (DNA, RNA and nucleic acids) as other organisms (such as bacteria or our own cells) but are unable to read and use this information. They reproduce by infecting host cells and hijacking the host’s processes. By inserting its genetic information into a cell’s DNA, when the cell begins to produce proteins it reads the viral DNA instead of its own, producing viral components that assemble into a new virion which can then infect a new cell.

Scientists classify viruses in several ways because they vary so widely, such as whether they have DNA or RNA or by their size and shape. Coronaviruses have single-stranded RNA genetic material encased in a viral envelope – a layer of protein usually made up of host cell and viral proteins that allows a virion to bind to a new host cell and fuse with it, starting the viral replication process. Coronaviruses have many club-shaped viral spike proteins attached to its envelope that creates a crown or corona-like appearance when viewed under a microscope.

There are a number of different coronaviruses that infect different animal species and cause widely varying severity of respiratory disease. There are seven known human coronavirus species (HCoVs), including the recent MERS-CoV and SARS-CoV. ‘COVID-19’ actually refers to the disease caused, not the virus that causes the disease, and stands for ‘coronavirus disease 2019’. COVID-19 is caused by the most recent novel coronavirus, first known as 2019-nCoV and now known as SARS-CoV-2 (severe acute respiratory syndrome coronavirus 2.) SARS-CoV-2 is more infective than SARS-CoV and MERS-CoV and therefore spreads more easily but is less fatal(1).

It is SARS-CoV-2’s spike protein that allows it to bind to human cells via the ACE2 (angiotensin converting enzyme 2) receptor(2). This receptor is found on lung, artery, heart, kidney and intestine cells. Normally, human angiotensin, a protein, will attach to the ACE2 receptor, causing a lowering of blood pressure. The viral spike protein’s shape also fits ACE2 like angiotensin does, allowing a virion to bind to the receptor and enter cells.

Mice also have an ACE2 receptor but its shape is different from the human version and SARS-CoV-2 doesn’t bind to it as easily. This means mice can be naturally infected with the virus but the severity of the disease is less than in humans(3). A mammalian model is vital for studying the virus and the disease it causes, as well as validating possible treatments and vaccines. Institutions such as our consortium member The Jackson Laboratory (JAX) are breeding a mouse colony with humanised ACE2 receptors (K18-hACE2 transgenic mouse model(3).) By genetically altering the mice to produce human ACE2 instead of mouse ACE2 we can create a much more applicable mouse model for the study of SARS-CoV-2. This will enable scientists to complete the research needed to treat the outbreak.